So it’s been a busy month (August). With the flu season upon us, we haven’t been as social (media) as we had hoped to be. So here’s a quick recap on our past few weeks

We welcomed little Zia into our home approx 4 weeks ago, a Belgian Malinois. 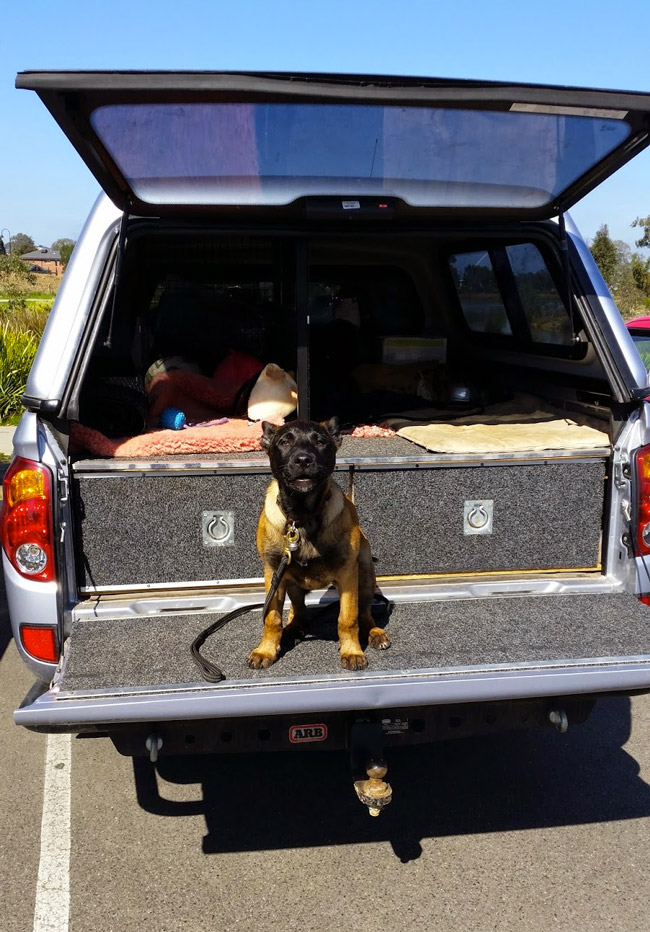 The first week with Zia was a bit of a struggle as she was extremely sooky and whined/cried a lot, especially through the night.

However after the first week, she got into the swing of things and has cemented a place in all of our hearts. In fact it was just yesterday that our Rottweiler Zooka ran out to the car after I returned home looking for her. You might think that he was just going about his usual thing, however I have never witnessed him do this before and his level of excitement when he saw her was a heart warming sight so I don’t believe its a case of anthropomorphism (suggesting human characteristics “thoughts” onto a dog). They are often spotted playing & most recently dozing in the sun on the recent beautiful spring days.

We have been taking Zia to as many places and different environments as possible during her critical socialisation period. Zia has been to many local sporting events where she has been handled by the puppy adoring children. Here is a list of just some of the environments we have already taken Zia to: coffee shops, bus stops, supervised play dates, short walks, parks, obedience classes, puppy school, clients houses, trams, loud motorbikes as well as being socialised with & around cats, chickens & many other animals, sounds and noises.

This is just the beginning of Zia’s socialisation as we will be forever expanding on this over the next month in particular.

In regards to Zia’s training, we have been working on her toilet training with great success and she settles well in her crate at night which is in our bedroom. We have been mainly focusing on Loose Lead Walking, the Drop and Stand position which includes a release command, and having her stay in the back of the car until released. This photo was taken today at a local shopping center where we had walked around the shops and a lake. We have been careful to also separate her from our other to dogs in order to build her confidence and Independence also. If you bring a pup home from it’s litter mates and straight into a home with other well socialised dogs, you may come across separation related behaviours and a dog that struggles to be independent, so today we only had Zia out when this photo was taken.